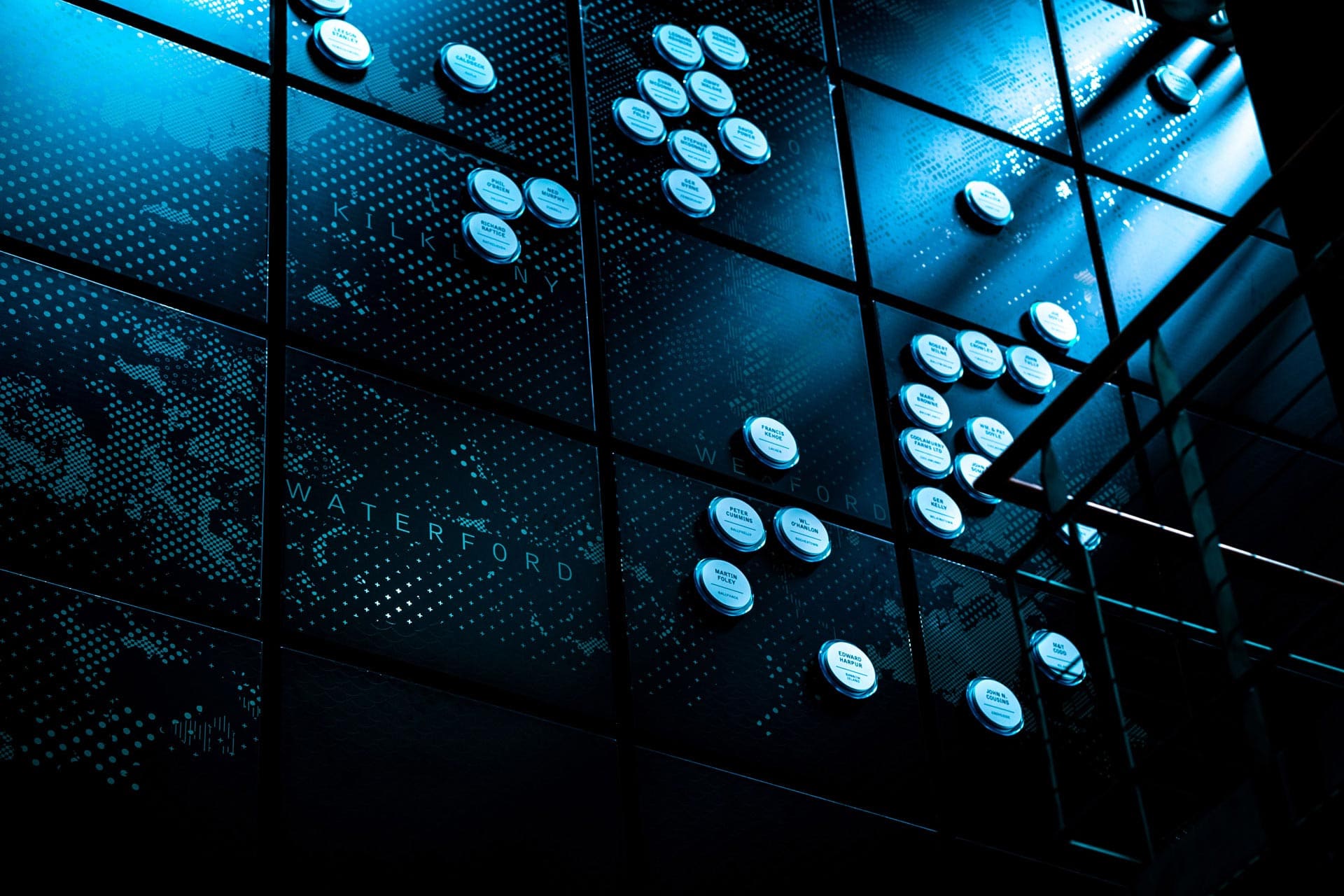 The provenance of Waterford Distillery’s barley, where and how it is cultivated is key to their entire philosophy. Taking their proven principles from Bruichladdich on Islay a giant step further, they have an unprecedented 46 Irish farms, some organically-run, growing barley on 19 distinct soil types. With a pioneering digital logistical system keeping track, each farmer’s crop is harvested, stored, malted and distilled apart. They can capture in spirit each farm’s terroir, that subtle character shaped by microclimate and soil. Individuality and integrity from field to barrel.

Our brief was to create a visual representation of this process via an installation in the stills room, which became the 'map of provenance'. As a starting point we were given a Soil Association survey map of the south east region. This was very complex and colourful, but not suitable for us to represent the concept. We wanted to clarify and bring focus to the farms themselves. We started by stylising the map into the separate soil types, each one was given a pattern of its own. Each Barley Farm is plotted on the map with a magnetic disc. This disc is lit up when that particular farm is being distilled. When required the farms can be easily removed and updated with new ones. The farm name is also hung on the spirit safe as it is being distilled. Measuring 25sq metres it is a  clear reminder of the significance of their unique process.

They're all up - all 46 farms - well played @TrueOutput John & Sign Select Struan! pic.twitter.com/onHf1EFZdZ

This gives an idea of the scale of the soil map. Each farm will be represented by a magnetic disc. pic.twitter.com/XWrfVHitaE

Wesley puts the farms on the still house map. pic.twitter.com/Okgs8nb6Ig

This is the farmer and barley origin that we are distilling right now: pic.twitter.com/xTXhk35z5B

Farm labels for the spirit safe: "now distilling..." So webcam viewers will be able to follow the distillation. pic.twitter.com/SYEXJCmlW6