Lucca started racing karts aged 9 and has followed his dream to race professionally. He is the first ever Irish driver to sign with a team to race in British Ford Formula 4. For his first season he needed to make an impact on the track. F4 cars pack a punch with 0-60 mph in 2.9 sec and a Top speed of 142 mph. The traditional livery for the cars lent towards, sober, stock decals and nothing that captured the spirit of racing.

Our design concept took its inspiration from the energy and vibrancy of this motorsport and its young driver. We generated maximum race track impact with a burst of energy derived from a neon colour palette, geometric shapes and animal patterns. The strips of pattern become more concentrated as they move towards the rear of the car, creating the illusion of speed even when the car is stationary. 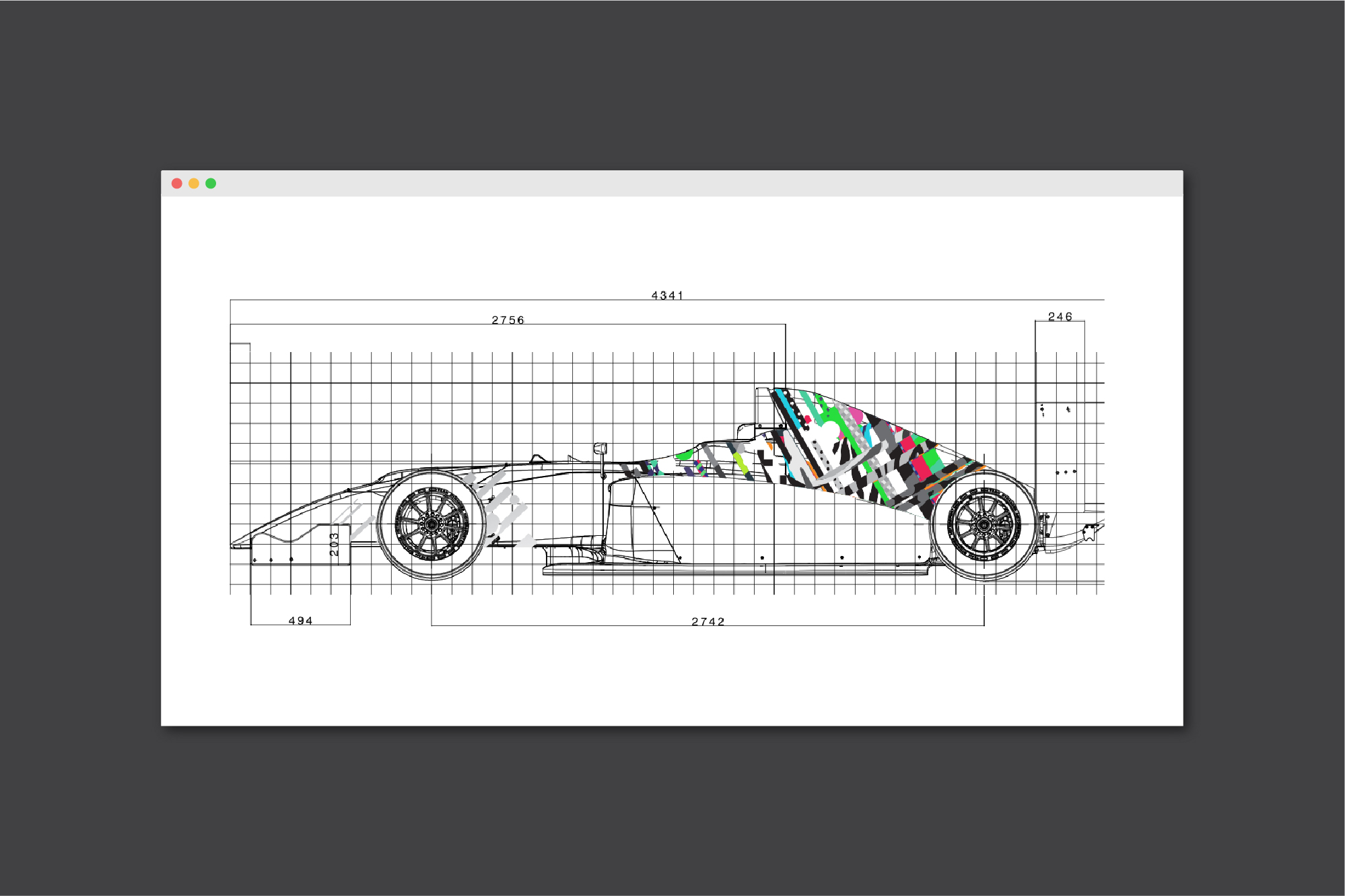 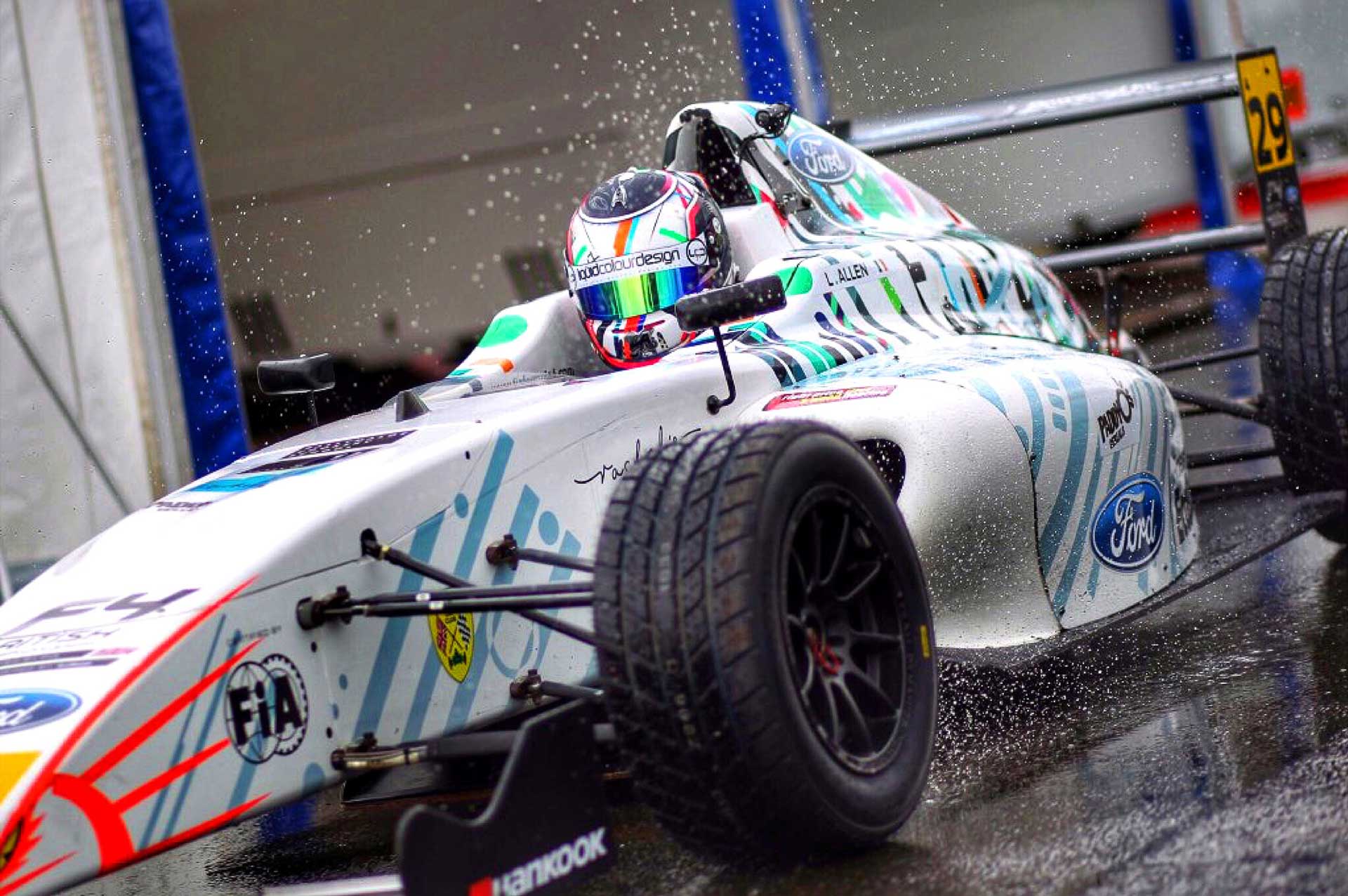 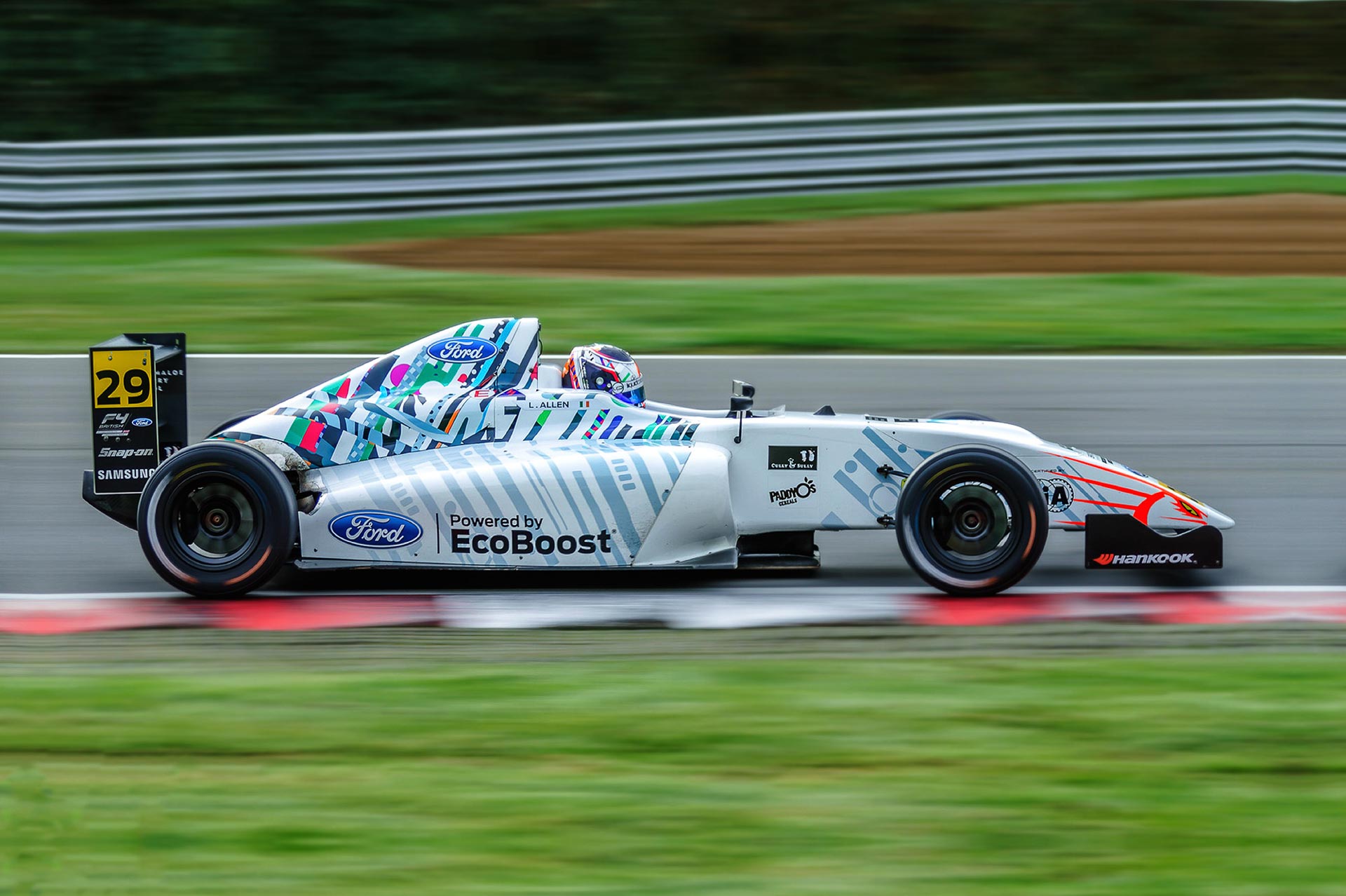 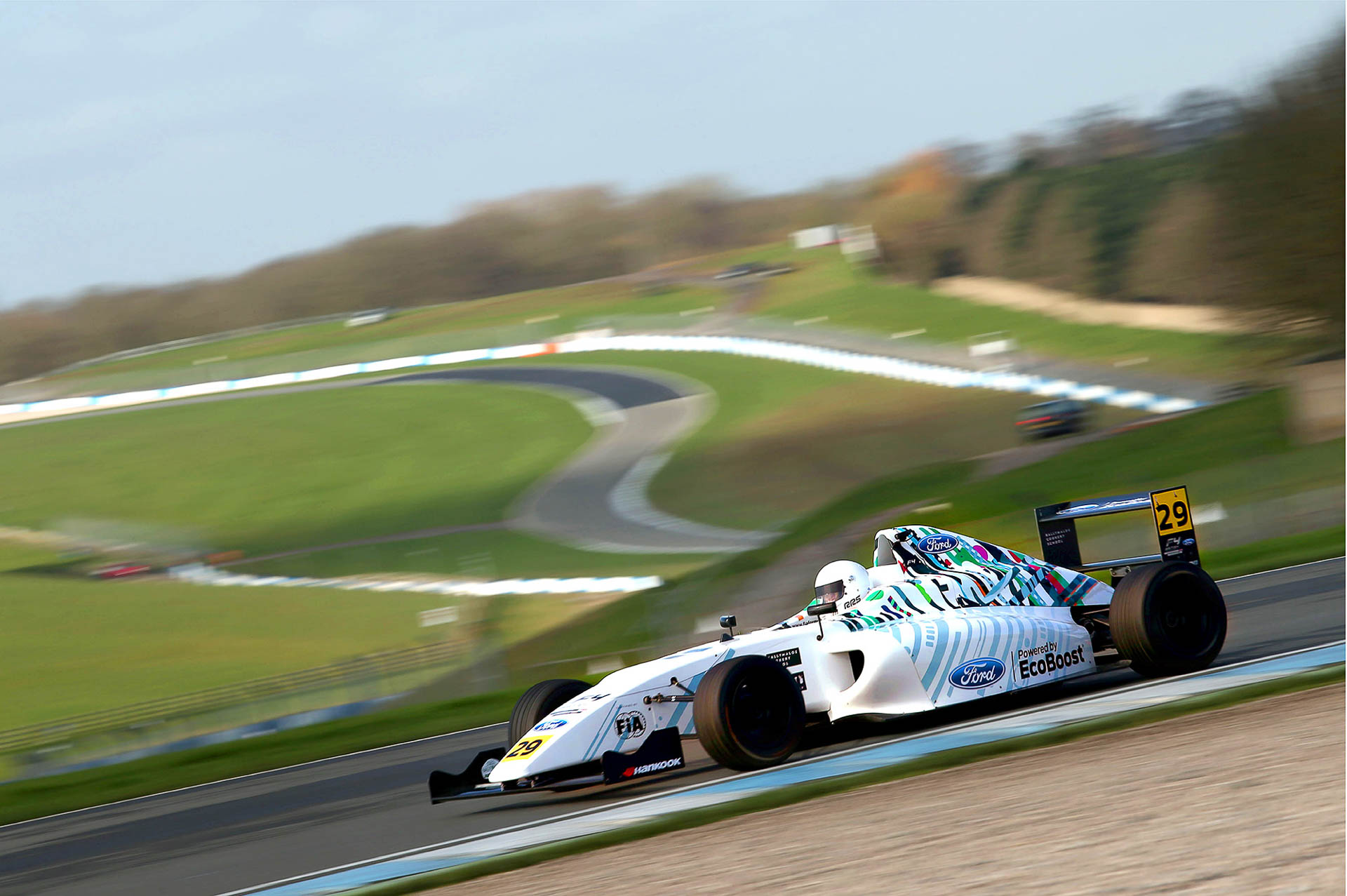 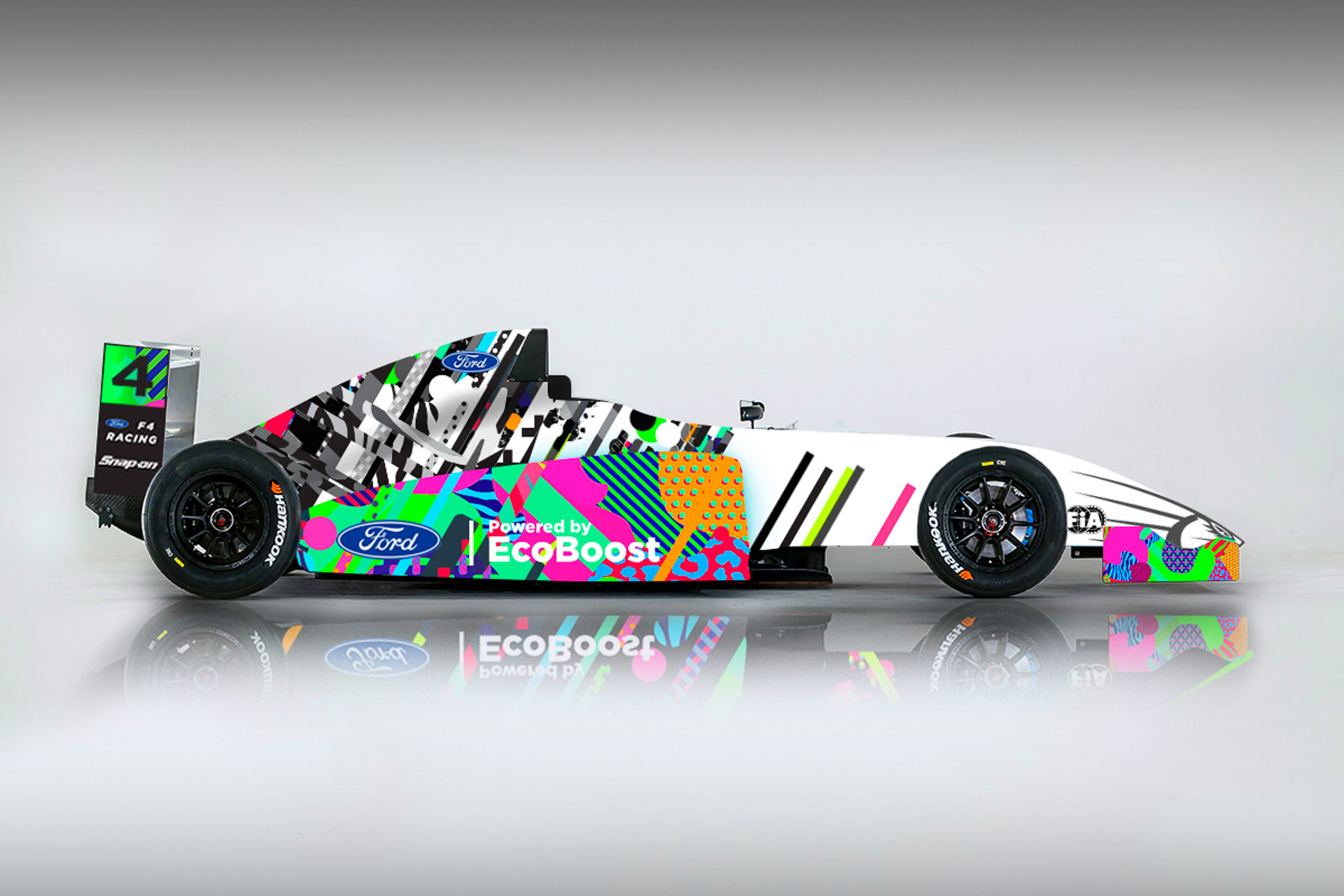